My new-found appreciation for PURLs 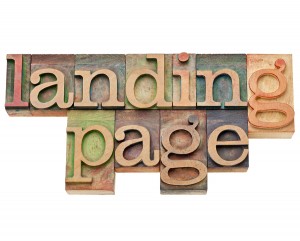 PURLs (Personalized URLs), better known as personalized landing pages, have been around for many years.

When they first came out, I thought they were a gimmick – a new and interesting twist to the landing page that might generate additional response if only out of curiosity. But still a gimmick.

My reasoning: even if you were to get more visits to your landing page (out of curiosity), that doesn’t necessarily translate into more converted leads (completed forms).

And if it not going to generate any more converted leads, why bother? Especially since PURLs are more complicated to set up and more costly.

I have had a change of heart and I’ll explain in a minute.

But first, for those of you who may be unfamiliar with PURLs, let me give you a little history.

In the old days (before the Internet), direct mail campaigns used reply mail and the telephone to generate response.

As a recipient, if you wanted to respond to a mailer, you would send back your response with a business reply card or envelope.  Or you would pick up the phone and call.  If you were responding to a retail mailer, you would bring a coupon into the store.

That’s how it worked for a long time … until technology took over.

First, many direct mail pieces added a fax-back response option, then there was email response.

As websites became more prevalent, mailers would ask their readers to go to their website.

Over time, mailers began to realize that sending prospects to their websites wasn’t a very good idea because a website contains so much information unrelated to the direct mail promotion.  There were so many distractions, people would forget why they were there and not fill out the form.

Which leads us to the landing page.

The idea of the landing page is simple.  Create a web page that is dedicated to the promotion in the mailer.  Focus entirely on the action you want your mail recipients to take.

If you want them to download your free report, show them the report, tell them why they should download it and give them a simple way to take action – by filling out a short form and submitting.

The idea of a landing page is so simple and logical.

The home page is too busy with too many distractions.  Why not create a page that is dedicated to the action you want people to take?

What makes the landing page even more appealing is that the entire process can be automated.  After the form is filled out, the visitors are taken to a thank you page where they can (usually) download the report and learn more about the company.

The form submission also triggers an email that goes to the visitor’s email box confirming their action.

(In some cases, the report cannot be downloaded directly from the thank you page but is only available through the email which has a link back to a download page.  This process is used to ensure that the email that was given on the form is a real working email.)

Now to the PURL …

As way to make the landing page even more effective, the personalized landing page was created.  You may have received a PURL in the past.  Let me give you an example:

If my company were to send out mailers with PURLs, they would look something like this:

When readers see their names in the URL, they are drawn to it and often try it out if only out of curiosity.

“Hi Jane, thanks for stopping by.”

If you are in possession of personal information about Jane that could be useful in the message (such as she is a Toyota owner and a mother), you might create landing page that says something like this:

“Because you are a loyal Toyota customer, we thought you’d like to hear about the new safety features in our new family-favorite models.”

By the way, you could put this information on your mailer as well.  You don’t have to wait for the PURL to get personalized.  Variable Data Printing (VDP) allows you to create fully personalized and individualized mailers – again based on the personalized data you have.

Not to get too far off the topic, but you could create individualized mailers and a PURL based on a customer’s demographics, past activities and past purchases – if you have that data.

Back to the PURL, your visitor will also notice that the form has already been filled out – at least to the extent of the information you have.  It will likely include first/last name, company, address, city, state, zip.  If you want a completed form to also include an email address and phone number, you will need to ask for it before submitting.

My change of heart

I should say I’ve never been against PURLs.  I just wasn’t all that enthusiastic about them.

But things changed. In a recent campaign I did for a client using a generic landing page, I could see through Google Analytics that we had a whole lot more visits to the landing page than we had leads.  The difference was enormous.  What this told me was that many people went to the landing page (as a result of the mailer), but did not convert into leads.

Something got them to the page, but there wasn’t enough to get them to fill out the form.

The reasons could be many: the offer was insufficient, the page was poorly designed, we were asking for too much contact information, the visitors weren’t that interested in the first place, there could have been a technical glitch.

Regardless of the reason, the fact is too many respondents to the mailer came and went – and what’s worse, we didn’t know who they were.

You might argue – as I have – that those who came and went without the filling out the form were not very good prospects.  To be sure, they are not as good as those who did fill out the form.

But when you compare them with everyone else on the mailing list who did nothing, they are looking pretty good.

What PURLs do is give you a second tier of response.  The first tier is made up everyone who fills out a form; the second tier is made of those who visited the PURL but did not fill out the form.

If you are mailing large quantities and generating plenty of first tier leads, you may not care about second tier leads.  And you may find that second tier leads are not worth your time because they are not sufficiently interested in what are selling.

But if you have a sales team that is desperate for new leads, then first and second tier leads could be a good strategy for you.

Even if you don’t want to send second tier leads to your sales force, you could put those names on a new list for additional (and more frequent) mail contact.

I haven’t tested a generic landing page vs. a personalized landing page.  You would want to test these side by side within the same promotion to get accurate results.

If we did test, it could show that PURLs actually produce more first tier leads than generic landing pages.   That wouldn’t surprise me, but I have nothing to prove that.

What I do know is that PURLs give you those second tier leads that you cannot get through generic landing pages.

And that makes it worthwhile in my view.

Would you like to add PURLs to your direct mail campaigns?  We can help.  Contact Bob McCarthy at 508-473-8643 or bob@mccarthyandking.com to learn more.